The new book, Confessions Of A Female Tour Manager by Kim Hawes, is available now. Find order links and a free preview here.

It is the uncompromising story of a woman in a man’s world. It’s a story full of rock star egos, brawls, love, blood, sweat, and a lot of tears. Are you ready for a pass to all areas of some of the greatest rock bands … ever !? 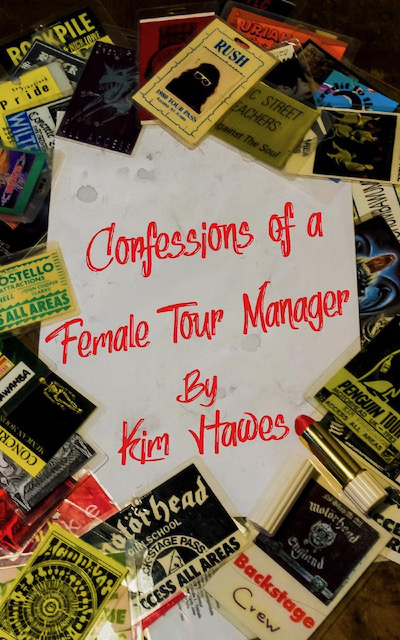 Kim’s vast experience at the forefront of the music industry gives her a unique insight into the glamorous and less glamorous side of rock ‘n’ roll. Kim ran the gauntlet against the Hells Angels, got stuck under the stage of the Hammersmith Odeon with Phil Lynott, dodged the explosions at the Reading Festival, pulled Madonna off the side of her stage, sank a “borrowed boat” “in a Scandinavian fjord, refused Courtney Love’s offer to conduct it, had to save his bassist from the police when he was about to make the front page of a festival, had to say no to Nelson Mandela and had to ask his group to apologize to the Deputy Prime Minister. . oh and the Motörhead tour manager … the nastiest and nastiest rock band on the planet!

Kim is recognized as a pioneer for women in the music industry, having been one of the first women to work on tour. She received an honorary degree from UCLAN in 2019 for her work as a tour manager and most recently as a music industry tow truck. Kim saw it all, made it all and sold the t-shirt.