A National Trust tour guide who hanged himself after killing his wife was found dead at the house alongside the couple’s elderly cat, an investigation found today.

Jonathan Metcalf, 72, his wife Sally, 68, and the 19-year-old pet were all found dead at their £ 500,000 Georgian townhouse in Woodbridge, Suffolk in April this year.

Their bodies were discovered by Mr Metcalf’s brother, who visited the property after being contacted by relevant staff at Sutton Hoo – the National Trust site where the couple volunteered.

Today, during separate inquiries into their deaths, a police officer said the cat died of “natural causes”.

The inquest heard that the death of Mr Metcalf – who friends said suffered from mental health issues that were exacerbated during the lockdown – was compatible with the hanging.

Today, the officer investigating the couple’s death was asked during the inquest if there was any evidence to suggest the cat’s death was a ‘trigger’ behind their deaths.

Suffolk Police Detective Sergeant Simon Fitch replied: “We unfortunately cannot say this for sure, but it is clear that the cat was much loved and well thought out by Sally and Jonathan.

“It may have been a contributing factor, but nothing to suggest it.”

The officer added that it was “entirely possible” that the cat died after the deaths of its owners, both of whom had battled cancer several years earlier.

Jonathan Metcalf (pictured), 72, his wife Sally, 68, and the 19-year-old pet were found at their Georgian townhouse in Woodbridge, Suffolk in April this year 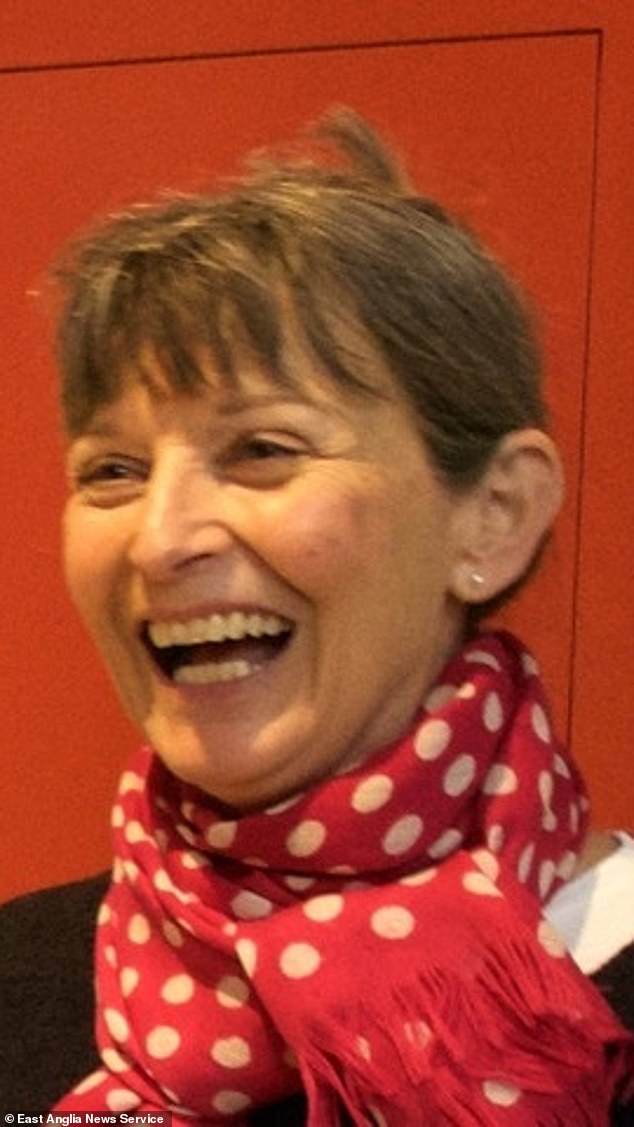 All three were discovered by Mr Metcalf’s brother, who visited the property after being contacted by relevant National Trust staff who had not heard from the couple in days. He found Mr and Mrs Metcalf (pictured) dead in the bedroom, while the cat was found dead in an upstairs room.

Mr Parsley asked: “The conclusion is that Jonathan killed Sally before he took his?” Mr. Fitch replied, “That’s right”.

Today Mr Parsley ruled out any chance that someone else was involved in their deaths.

He concludes that Ms Metcalf was unlawfully killed and that Mr Metcalf, a retired professional photographer, committed suicide.

“As the police have been clear, given the circumstances, it is evident that Sally was unlawfully killed by her husband,” Mr Parsley said.

“It is clear that Jonathan illegally killed his wife Sally before committing suicide.”

The inquest learned that Ms Metcalf’s brother, Mr Card, visited the address after staff at Sutton Hoo – a site of two early medieval cemeteries maintained by the National Trust – the informed that he was unable to contact them.

Mr Card said, in a statement read during an inquest in Ipswich: “I had a bad feeling in my stomach that I was going to find something unpleasant when I arrived.”

Separate inquiries have revealed Mr Metcalf was suffering from severe depression which was exasperated by coronavirus lockdowns before he was suspected of killing his wife.

A friend said Ms Metcalf told him in 2009 that they had a suicide pact to kill themselves when diagnosed with a terminal illness.

Ms Metcalf’s sister, Joanna Cunningham, said in a statement read by the coroner that her brother-in-law had suffered from mental health issues for “a number of years” and was a recovering alcoholic.

She added in her statement that he had recently become severely depressed and that his GP had prescribed stronger antidepressants for him shortly.

Ms Cunningham, who spoke to her sister on the phone regularly, said: “Jonathan felt like a total failure and cried at night and clung to Sally for comfort.

“Sally was so worried towards the end that she wouldn’t be leaving the house without him in case something happened.”

Ms Cunningham said her sister, who had helped run a commercial photography business with her husband, was also taking “long-term” antidepressants.

She said her brother-in-law would have “no expression on his face” and looked “ash and gray” when he was really depressed.

Speaking of the cat, she said, “The cat was very sick and old. He was about 19 years old and had kidney problems. 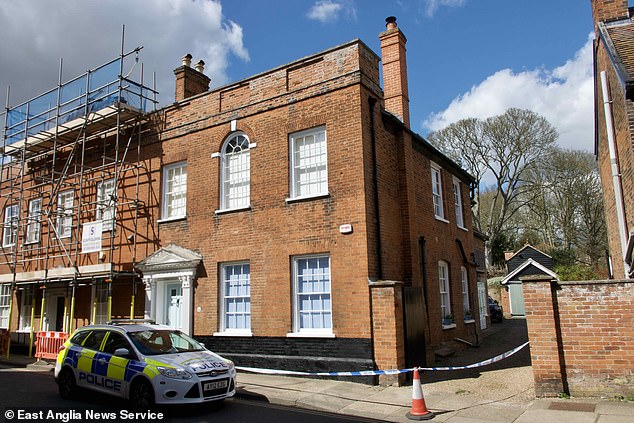 The inquest heard that Ms Metcalf’s brother Mr Card had visited the address (pictured) after staff at Sutton Hoo informed him they were unable to contact them .

“I was worried that the day the cat died, they would be completely helpless.

“They kept the cat on an electric blanket on their bed and fed him for as long as he was gone.”

The inquest heard that Mr. Metcalf was successfully treated for alcohol abuse during a six-week stay in a priory clinic about six years ago.

Adam Collacott, who also worked as a volunteer at the Sutton Hoo site operated by the National Trust, said in a statement that Ms Metcalf had “a passion for volunteering”.

He described her as “an amazing woman who was always upbeat, had an infectious smile and was full of life and was always looking to lend a helping hand.”

Mr Collacott recalled how she told him around 2009 that she feared her husband’s cancer would come back and that they had “an agreement that if either had a terminal diagnosis they would end to their life together “.

Alison Girling, the operations manager at the Sutton Hoo site, where the couple volunteered, said the couple had “not been normal” in the weeks leading up to their deaths.

She said in a statement: “Jonathan seemed calmer and more anxious. Sally said she was concerned her mental health was deteriorating.

Ms Girling said Ms Metcalf had recounted how her husband “got angry and obsessed with the little things” such as the lack of parking at their home, which meant they had to use a municipal parking lot.

She said another volunteer received an email from her on April 4, apologizing for not helping her over Easter weekend.

She walked past their house each of the next two days and saw their blinds drawn with unopened mail on their doormat on the second day. 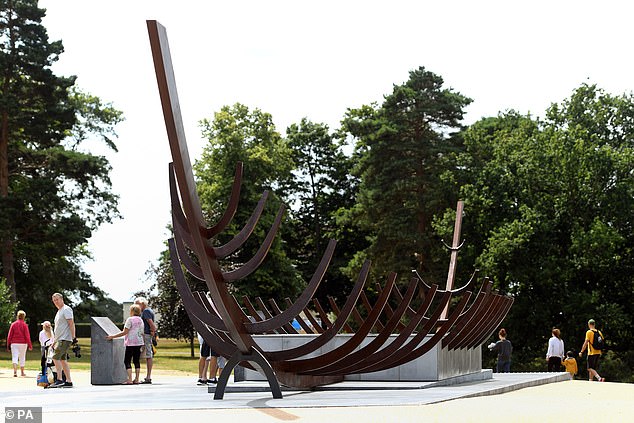 Ms Gill-Flaskett said the closures worsened Mr Metcalf’s depression as he felt trapped in their home and worried about its lack of outside space for a garden and parking space.

The investigation learned that he had become “obsessed” with the problem, and as a result, they were looking for a new home in the area with a larger garden and parking space for cars and cars.

Mr Metcalf’s sister, Patricia Lewis, said he was “beyond belief” that he would have killed his wife, describing him as “extremely devoted” to her.

She added in a statement: “They had a cat that they adored. He must have been 19 and was very old.

Ms Gill-Flaskett contacted Suffolk Police who advised them to contact Gloucestershire Police to see if the couple had gone to visit Ms Metcalf’s sister.

Her sister told officers she hadn’t seen them and alerted her brother Richard Card who lived near Woodbridge.

Mr Parsley concluded that Ms Metcalf had been unlawfully killed.

An autopsy revealed that she died from a neck compression after being strangled or strangled.

Mr Parsley added: “As the police were clear, given the circumstances, it is evident that Sally was unlawfully killed by her husband.

“We know from one of the witnesses that there was a mention of a suicide pact about 11 years ago.

“It was only said then and with a history of Sally and her husband suffering from severe cancer at that time.

“There is nothing in the evidence that I have seen to suggest that this was a suicide pact.

“If you look at the methodology in which she lost her life, it’s clear to me that this was not something anyone would consent to.”

Mr Parsley recorded a finding in a separate hearing that Mr Metcalf had died as a result of suicide, saying: “It is clear that Jonathan unlawfully killed his wife Sally before committing suicide.”

Ms Metcalf had been in charge of volunteers at Sutton Hoo, where an 86-foot-long Anglo-Saxon funeral vessel was found on the banks of the River Deben in 1939. Her husband was a ranger at the site.

The discovery of the ship and its gold artifacts in a burial mound was featured in this year’s hit Netflix film, The Dig, starring Ralph Fiennes, Carey Mulligan and Lily James.

The couple have also been described as “backbones” of amateur drama society Deben Players.