stronger than war reports the death of Richard Cole, who was Led Zeppelin’s tour manager from 1968 to 1980. He was 75 years old.

According to the report: Born in London in 1946, Cole entered the music business in 1965, working as a road manager for the 4+2 unit. Shortly thereafter he became responsible for managing tours of acts of British invasion as important as The Who and The Yardbirds. Shortly after the latter disbanded, their then-guitarist Jimmy Page introduced Cole to his new band Led Zeppelin. In his interview with Vice magazine, the manager admitted that it didn’t take long to realize the band was exceptional: “About four shows after that first tour in 1968-69, I realized that Led Zeppelin was a outstanding group – simply brilliant musicians. ” 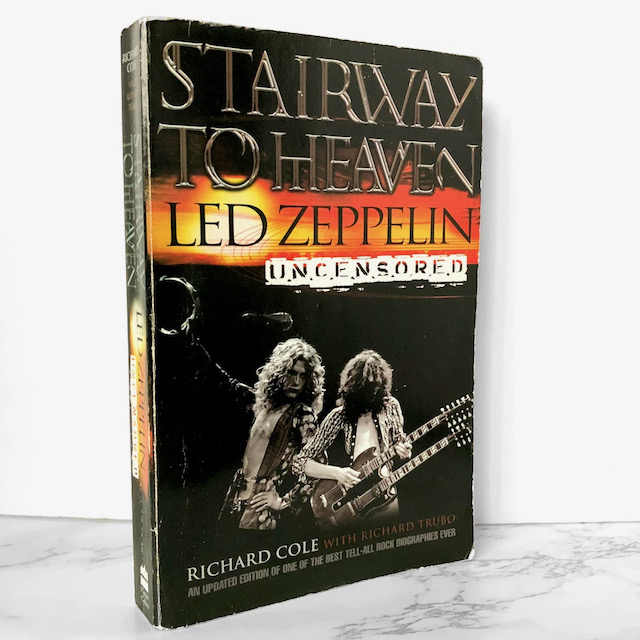 “I am so sad to learn of Richard Cole’s passing.

For many years Richard has always been supportive of my Led Zeppelin writing – in 2018 he contributed the most wonderful foreword to the book Evenings With Led Zeppelin which I wrote with Mike Tremaglio. Earlier this year, I interviewed him on the phone about Zep Knebworth gigs for an article I wrote for Rock Candy magazine. This would turn out to be his last word on Zep in print.

His role as a pioneering tour manager with Led Zeppelin and before that with The Who and Yardbirds was a crucial element in Zep’s worldwide success. For in all of the well-documented sex drugs and rock ‘n’ roll he was an incredibly shrewd operator and a very clever negotiator. With maverick manager Peter Grant and the four members of Led Zeppelin, he was a formidable team – ”it was always six of all” he once told me.

I met him a few times in Swan Song’s office in the late 1970s. The first time was when he came up the stairs, looked over at me sitting in the office and proclaimed ”Who is this ice cream effin! (abbreviated cockney rhyming milkman = ice cream feezer (geezer)

I introduced myself rather shaky as a fan and writer of my own Zep magazine. Fortunately, he quickly warmed to my presence. Years later, we often laughed at that rather frightening (to me) first outraged crossroads.

When Richard moved to Kensington in the early 2000s, I reconnected with him and eventually met him to do a long interview for an American radio station. It was an enlightening day and the first of a long series in his company. I think the fact that I came from the angle of how he got Zep from A to B on any given tour rather than all the usual questions he was asked about, allowed me to gain his trust.

He loved telling stories to those on the road and when it came to the book Evenings With Led Zeppelin he very graciously accepted my request to write the foreword.

” Flipping through this book, it all comes back to me – town by town and gig after gig,” he wrote. ”It’s like a virtual travelogue of 11 years of my life. 11 years of my life that seem barely imaginable to me now but 11 years that I wouldn’t have missed for the world and what an incredible time they were.

Richard was immensely proud of his role in the success of Led Zeppelin – and his memory of that time was vivid to the end. Often he would randomly call me and dispute some minor details in the book while he was in the work in progress stage and of course I always bowed to his superior knowledge – because he was there…

Much more than his role in the world of Led Zeppelin and his other leading roles with the likes of The Quireboys, Richard was a loyal friend to many and far from the mayhem of rock ‘n’ roll he was also a very sensitive soul – he was a tireless worker for AA, regularly attending meetings to support others.

He was also aware of the affection and esteem he had within the Zep fan community and appreciated the praise and connections he had with the Richard Cole Appreciation Society Facebook group ably maintained by Sean Atkinson.

He was certainly a great friend to us here. Despite his own health, he was still calling to find out how Janet and I were doing – so sympathetic and supportive of my own mental health issues and Janet’s broken leg issues.

In recent months I have become aware of his precarious state of health and in October I went to visit him in his flat in Kensington. Despite his obvious failing health, he was in good spirits.

For a good few hours he told me many stories of being on the road, from his early days on tour with The Who and The New Vaudeville Band – so many amazing stories and as always told with great humour.”